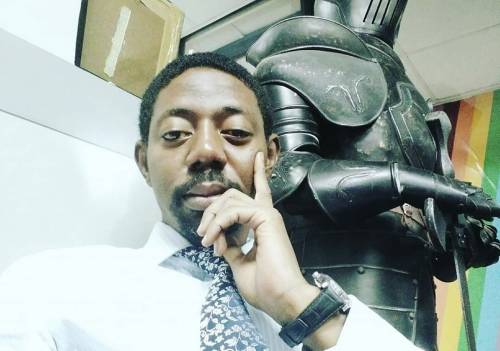 However, 59 years after independence, it would seem that the predictions were wrong. The country had a fruitful first republic and has ceased to progress. It became saddled with constant threat of Boko Haram, a weakened security system, worse it became the poverty capital of the world.

At independence, Nigeria held great optimism, political commentaries across the globe testified to inevitable emergence of strong nation to lead Africa out the dungeon occasioned by colonialism. It was an easy prediction.

All indicators of a prosperous nation were available, the natural resources, the capital resources and the human capacity were not lacking. We could boast of an array of ideological political leaders across board.

However, 59 years after independence, it would seem that the predictions were wrong. The country had a fruitful first republic and has ceased to progress. It became saddled with constant threat of Boko Haram, a weakened security system, worse it became the poverty capital of the world.

It’s obvious that Nigeria has leadership crisis inherent in her political system.

The role of leadership cannot be overemphasised, it’s leadership that directs, initiate and combine other resources into meaningful development. The absence of it, as it is in Nigeria, is a state of nature and continuous under development. Therefore, it becomes a necessity for a new ideology to educate, enlighten and encourage political participation.

Electoral college fills the void and the need with its mandate to usher in a new Nigeria.

The Electoral College Nigeria is a civil service organisation that was set up by Individuals versed in practical politics and governance.

The college is a nonpartisan/non-governmental initiative of The Emerging Leaders Advancement Forum that is the brainchild of a few young Nigerians whose span from politics, patriotism, development professionals to everyday Nigerians born of a void of ideological democracy in Nigeria.

•             To champion the cause for electoral reforms and constitution amendments

•             Promoted actual electoral etiquette and processes in election of school leadership; in primary and secondary schools across Nigeria

Under the stewardship of its Executive Director, Kunle Lawal, the college has continued to educate Nigerians during the COVID-19 pandemic by launching its online virtual class on politiracy and governance for aspiring candidates and the electorate. The executive director has reiterated on many occasions that Nigerians with its high level of intellect is poor in political literacy. He stated that the key to this, is understanding political offices, functions and jurisdictions as provided by the constitution.

The course features prominent politicians, academician, lawyers, political scientist and thought leaders from across Nigeria political space with deep understanding of key topics taught in lectures ranging from campaign funding, legislative and political party and structures. The lecturers were carefully chosen to ensure a nexus between the theory of politics and the actual practice of it. Some of the lecturers are Nella Andem- Ewa Rabana (SAN), Audu Maikori, Kunle Lawal, Ettu Mohammed, Matthias Tsado, Ereke Ernest, Samson Itodo.

Lawal added that these classes are done free of charge and assured the electoral college’s dedication to civic education in its unique method. The participants would also get a certificate of participation. He promised that the organisation would be relentless till the expected results start to show and assured the college’s commitment to this cause.